“But darling, it’s coming down in sheets,” Carol said, whilst ironing the stiff collar of a light blue shirt. “You can’t possibly want to go out for dinner.”
“But we’ve booked,” Graham replied.
“We can un-book, you know.”
“Bert from Accounts went last week and said the Smoked Mackerel paté was to die for.”
“Alright then, let me just finish this shirt and then we can head off.”

***
An hour later Graham and Carol had ordered the Smoked Mackerel paté to share, one Coq au Vin and one Braised Lamb.
A young waitress, wearing heavy eyeliner and sad blue eyes, put down the starter with a thud. “Do you want extra bread with that?” she asked.
“No, I don’t think so, thank you,” Graham said, turning to his wife and arching his eyebrows.
The waitress spun round on her left heel and strode off to the kitchen.
“Let’s hope the food is better than the service,” Carol said, laying the crisp white napkin onto her lap.
Graham spread the coarse paté onto a piece of thin toast, “Hmm, it certainly is!”
Their main courses arrived in the same fashion.
“Do you think she wanted to work tonight?” Carol asked, leaning in towards Graham and lowering her voice. “Maybe she had to turn down a hot date!”
“Ha! Who would want to date anyone so surly? How’s your food? This lamb just melts in the mouth.”
“This is delicious too.”
“Can you believe the weather?”
“I was listening to the radio whilst ironing and apparently it’s going to get worse overnight.”
“Let’s push off, then.” Graham looked around for the waitress and did the universal ‘can I have the bill’ signal in the air.
She walked over. “Would you like any coffees?”
“No, thank you. Just the bill. We want to get home as the weather is so bad.”
“I know what you mean. I had to leave my two-year old at home and he was petrified, but I couldn’t afford to turn down the work.” She gave them a brief smile and took away the plates.
“Poor girl,” Carol said. “And there we were making fun of her.”
“I know, I feel bad too. Let’s leave a decent tip.”
“Here you are,” Graham said, handing over the porcelain saucer to the waitress. “Keep the change.”
“Thank you very much. That’s very kind of you.”
“Not at all.”
“Drive safely.”

***
The following week Sarah opened the local paper to see that an older couple had been crushed to death in a landslide that night. She looked at Charlie playing on the kitchen floor with four tins of baked beans and a wooden spoon and thought, I hope it wasn’t that nice couple from the restaurant. 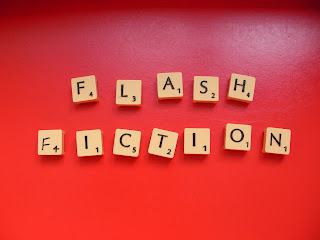 Each week I write my flash fiction pieces and then publish the best of the week the following week. Therefore, this week I'm publishing one of the pieces from last week. Last week was the first week of summer school and I was either running around like a headless chicken, trying to keep my class of 4-year olds entertained, celebrating a friend's birthday, or sleeping.

I'll admit that I found it hard going last week and I struggled to finish the pieces I'd started. In the end I chose this piece, Skipping Coffee, which is sadly based on a true story I read in a newspaper whilst I was in England this year. I'd like to make it very clear that all the details are my own.