And there he was. After fifteen years he was different, of course; more grey than not, beard gone, eyes bordered by wrinkles, but the man I’d had a child with all those years ago was essentially the same.

It seemed completely wrong to be watching him through the large windows of an Oxford tearoom. Reading the paper, he drank every few seconds from a flowered cup on a matching saucer. A plate with crumbs and a crumpled white napkin was in front of him. Why was he here? Were we supposed to meet?

As I pulled away, he looked up and our eyes met. It can only have been seconds, but it seemed as if a thousand memories flashed before my eyes; of Sophia, of him, and of David, the man who took me a my daughter on and gave us a home and a life together.

I ran. Down the crowded street, pushing and shoving people with my bags. I ran until the cold air had reached the bottom of my lungs and left me breathless. I ducked into an alcove and waited. For minutes I waited to see if he'd followed me and a wave of sadness washed over me when I realised he hadn't. Of course not. He didn't care now, as he didn't care then.
L. Besley 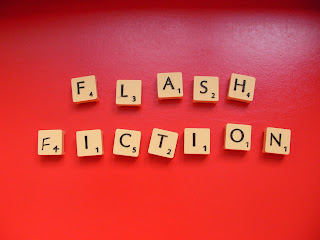 This is part three of the mini series involving David, Karen and Sophia. Each has been written from a different person's perspective and tells a different part of their story. Each piece should be a standalone piece, but if you're interested in the previous pieces click here for Confessions (week 1) and here for Numb (week 2).

Had my first book reviews published in TIME OUT HONG KONG this week. Very excited to be a part of that team! Unfortunately you can't see them online, you'll just have to buy a copy (if you're in Hong Kong, that is)!